Learn how we're responding to COVID-19. 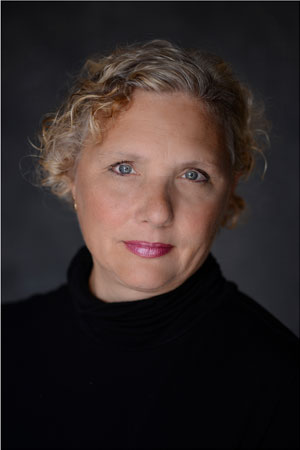 Kelly Oakes Dent began her dance studies under her mother's tutelage, Beverly R. Oakes, in Bangor, Maine. Her training continued with Linda Miele (former member of New York City Ballet) in Portland, Maine. As a young dancer, she gained performance experience as a member of the Maine State Ballet under the direction of Polly L. Thomas. Kelly was the proud recipient of the Pat Bullard and Vera Volkova Dance Award her senior year of college, earning her BA in Teaching Pedagogy at Virginia Intermont College, Bristol, VA in 1983.

While studying at Virginia Intermont College, she was a soloist with Bristol Ballet Company performing the roles of Sugar Plum in Nutcracker, the Bird in Peter and the Wolf, Anna Karenina in Hussar, Competition Girl in Graduation Ball, Lead Girl in A Young Man's Fancy, and was cast in Divertimento and Crimson Sky among many other repertory pieces set for Bristol Ballet Company, under Constance Hardinge's directorship.

She began her teaching career in 1983 with Ballet Mississippi, the premier ballet school in Jackson MS, under the mentorship of Charles Dixon, Alan Woodard, and Lisa Howell. In Jackson, MS, she danced 5 seasons with the contemporary dance company, Modern Dance Collective, under the direction of Cherie Cooper, former student of the Martha Graham School. Kelly relocated to the Atlanta area to join the Ruth Mitchell Dance Theater as a dancer and faculty member in 1988. She joined the faculty of Callanwolde Fine Arts center in 1991, where she earned her Royal Academy of Dance teaching registration.

During her tenure at Callanwolde Fine Arts Center, she directed the Royal Academy of Dance program and the student dance company, Callanwolde Dance Ensemble, choreographing such ballets as The Nutcracker, A Wolf's Tale, Snow White, Peter and the Wolf, In Living Era, La Vie en Rose, Dancing Princesses, and Heckedy Peg.

Ms. Dent is one of the few registered Royal Academy of Dance ballet instructors in Georgia and is currently working as a mentor for ballet teachers studying to become certified in the Royal Academy of Dance teaching syllabus. With over 30 years of teaching experience, she is looking forward to opening her own school, Dance Foundry, in the community of Decatur. 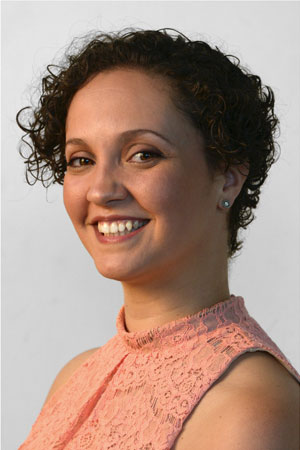 Jennilee Garcia is originally from Ponce, Puerto Rico. After years of dance training and professional performances she moved to Atlanta, Georgia in 2008.

She has participated in dance intensives with American Ballet Theater, Alvin Ailey, Wade Robson, Tyler Banks, Spanish Folk & Flamenco, and Ballet Concierto. While in Puerto Rico, Jennilee was given performance opportunities including La Fille Mal Gardee, Don Quijote, Sleeping Beauty, The Nutcracker, Les Sylphide, and Cinderella. After dancing ballet for a period of time, she used her all-around experience in other disciplines to venture into commercial dancing. She has worked with several Puerto Rican national artists and has been featured on television several times for both her dancing and choreography.

Jennilee's choreography as well as her dancing have landed her performances at Miss Teen World Puerto Rico, Walt Disney World-Epcot, MGM, Basketball Half-time Shows, and various colleges and universities. In Atlanta she has focused her career on teaching at Callanwolde Fine Arts Center from 2008 through 2016 and choreographing for their various show performances, serving as Assistant Director in more than one occasion. She has danced for several modern dance companies in Atlanta as an invited guest.

Rebekah Pleasant began dancing at the tender age of three at the Cathedral Dance Conservatory in Atlanta. Through the years as her dance technique developed, Rebekah expanded her training to places such as the Atlanta Ballet, Alvin Ailey pre-professional program, and Dekalb School of the Arts. On graduating high school, Rebekah attended the University of North Carolina School of the Arts under the deanship of Ethan Steifel in 2006. While attending UNCSA, Rebekah trained and performed with choreographers such as Jose Limon, Alonzo King, Larry Keigwin, Juel Lane, Lar Lubovitch, Mark Morris, and Twyla Tharp.

Rebekah graduated UNCSA with a BFA and moved to New York City where she has been honored to dance at amazing venues like Jacobs Pillow, The Joyce Soho, and the Lincoln Center Metropolitan Opera with companies including Helen Simoneau Danse Company, and The Metropolitan Opera for two seasons. Currently Rebekah is dancing with Laurie M. Taylor/Soul Movement in New York City and Full Radius Dance Company in Atlanta, Ga. 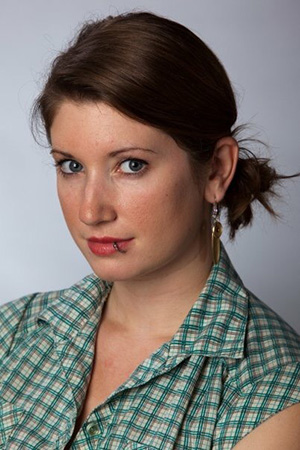 Samantha Spriggs is an Atlanta-based independent dance artist. Her choreographic work has been presented in Chicago, New York, Dallas, and Atlanta, and has been adjudicated at the American College Dance Festival. She has presented research at the Society of Dance History Scholars/Congress on Research and Dance conference, and done technical theater and sound design work for dance and theater companies. She grew up in Atlanta, training in Ballet and Modern Dance under Kelly Oakes-Dent and Amy Gately. Spriggs then relocated to Chicago where she studied dance and dancemaking at Columbia College Chicago and danced professionally with Synapse Arts, Laboratory Dancers, We Stand Sideways Dance, and several independent artists. During her time in Chicago, Spriggs taught Contemporary Dance and Creative Movement at Lou Conte Dance Studio-home to Hubbard Street Dance Company, Old Town School of Folk Music, through the Chicago Parks District and for several dance companies. She also served as movement director for several theatrical productions. Sammy came home to Atlanta in 2017 after a year in New York City to raise her daughter in her beloved home town. Her choreography and teaching work emphasizes the intersections between performing arts and social justice. She believes that dance and arts education cultivates strength, confidence, empathy and provides the tools necessary to be a good human. Sammy is thrilled to be joining the stellar faculty at Dance Foundry and working with such dedicated young dancers.

JP is a New Orleans native with a strong infatuation for the arts. Recently moving from New York City, JP has worked with prominent artists and companies including Madonna, Elle Varner, VH1, and BET. JP has competed and been honored in several international dance competitions in Germany and Austria. JP's class is a fusion of hip hop and street jazz with influences of lyrical movements. Having trained and worked with a vast array of choreographers, he continues to grow and adapt to many different styles hoping to share his creativity, diversity, and passion while inspiring others.

Nicole Garcia is originally from Ponce, Puerto Rico. After years of dance training and professional performances she moved to Atlanta, Georgia in 2018.

She started her training at her hometown, at the Ponce School of Fine Arts. She has participated in dance intensives with Ballet Señorial, Spanish Folk & Flamenco, and Ballet Concierto. While in Puerto Rico, Nicole was given performance opportunities including La Fille Mal Gardee, Don Quijote, Sleeping Beauty, The Nutcracker, Les Sylphide, Paquita and Cinderella. Nicole's choreography as well as her dancing have landed her performances at Walt Disney World-Epcot, and various colleges and universities. Nicole recently graduated and received her Degree in Arts with a major in Dance Performance under the direction of Ms. Lesley Brasseux Rodgers and Suzanne Salapa. Nicole was also a member of the resident company Valencia Dance Theatre. While in the Company she had the opportunity to work with guests choreographers like John Lehrer from Lehrer Company, Jeanne Travers, Trent Williams, Kevin Veiga, John Parks, The Parsons Company, Jaime Martinez, Yow Company, Jessica Smith, Emily Cordell , Leslie Brasseux Rodgers and Suzanne Salapa. Nicole was also given a lot of performance opportunities working in master pieces such as Gaîté Parisienne, The envelope and Scrutiny from The Parsons Dance Company. Now in Atlanta she has been teaching ballet, modern dance, jazz and flamenco master classes while continuing her education in dance.